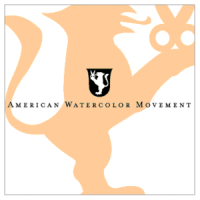 A Dot in the Sky, the 3rd single from the new album, The Odyssey of Captan Vivian Ribbons, comes out on Friday, February 3.  The full album comes out Feb 17th.

Onward the Night, the 2nd single from the new album The Odyssey of Captain Vivian Ribbons, out and streaming everywhere. If you prefer full audio resolution, you can download it from Bandcamp.

The first single off the all new album The Odyssey of Captain Vivian Ribbons, will be released on December 16.  It's called The Traveller's Lament.

The full album will come out sometime in the back half of January, 2023. It will be available on various streaming services. If you want the full resolution audio to hear it as is it was designed to be heard, you can download it from Bandcamp when it comes out.

The Shithouse Opera is out available on streaming services. It's also available in full resolution 48k/24 bit audio on Bandcamp.

The Shithouse Opera marks the end of releases dating back to the early 2000s phase 2 of American Watercolor Movement. Between this and the Rooftops, Rifles, & Honey releases, all of the material we recorded prior to 2020 is now released.

We're half way through mixing the first of 2 new albums, so stay tuned for brand new material.

To our listners in Russia, if you aren't aware due to media blackouts, your military is bombing & killing civilians in the Ukraine and committing war crimes.

The Shithouse Opera, the full opera in 4 acts, will be released digitally streaming as as a high quality download (bandcamp) on March 25, 2022.

A series of singles is being released on streaming services. Currently available:

The Fool is from Act IV, which has never been released in any format before.

Sorry for the delays, folks. Waiting on final cover art for the Shithouse Opera to be released. In the meantime, Brian is busy working on mixes for the first of 2 new albums. It's slow going because each song is chock full of sound and he only has a few hours a week to work on it.

Happy Halloween. All 3 volumes of our unreleased archival release are now avaialbe both on bandcamp and various streaming sites.

Volume 3 collects all of the oddities and most experimental tracks.

Sometime in the 6 months, I'm hoping, we'll release the full Shithouse Opera. It's all ready to go.

We're also making progress on two new concept albums. No telling when they'll be ready though.

Rooftops, Rifles, and Honey Volume 1: Rootops, will be released on September 4. You can stream it here or get it on bandcamp. This compilation, in 3 parts, collects unreleased tracks and singles from 2004 - 2008.

In other news, 3 new eps are in the works. The first two are almost all tracked, but mixing has started. The third has just begun tracking.

New videos are being posted on youtube. These are for songs for the upcoming release "Rooftops, Rifles, and Honey" - a compliation of unreleased and non-album tracks spanning 2002 - 2008. you can also find them on our instagram feed, but it appears they don't show up here because I have to load them to IGTV.

Waiting for artwork. We had hoped to have some old unreleased stuff out in 2019, but delays occur. 2020 will see the release of the full Shithouse Opera and a compliation of mostly unreleased material. Stay tuned.

American Watercolor Movement is now streaming on most streaming services. We're digging through the archives to find everything, so keep checking back to see what we dig up.

If you couldn't make it to our 11/05/16 show at WFMU's Monty Hall in Jersey City, you can watch it on Vimeo. Big thanks to Scott Williams for engineering the show.